Mistrust of the Urban Canopy 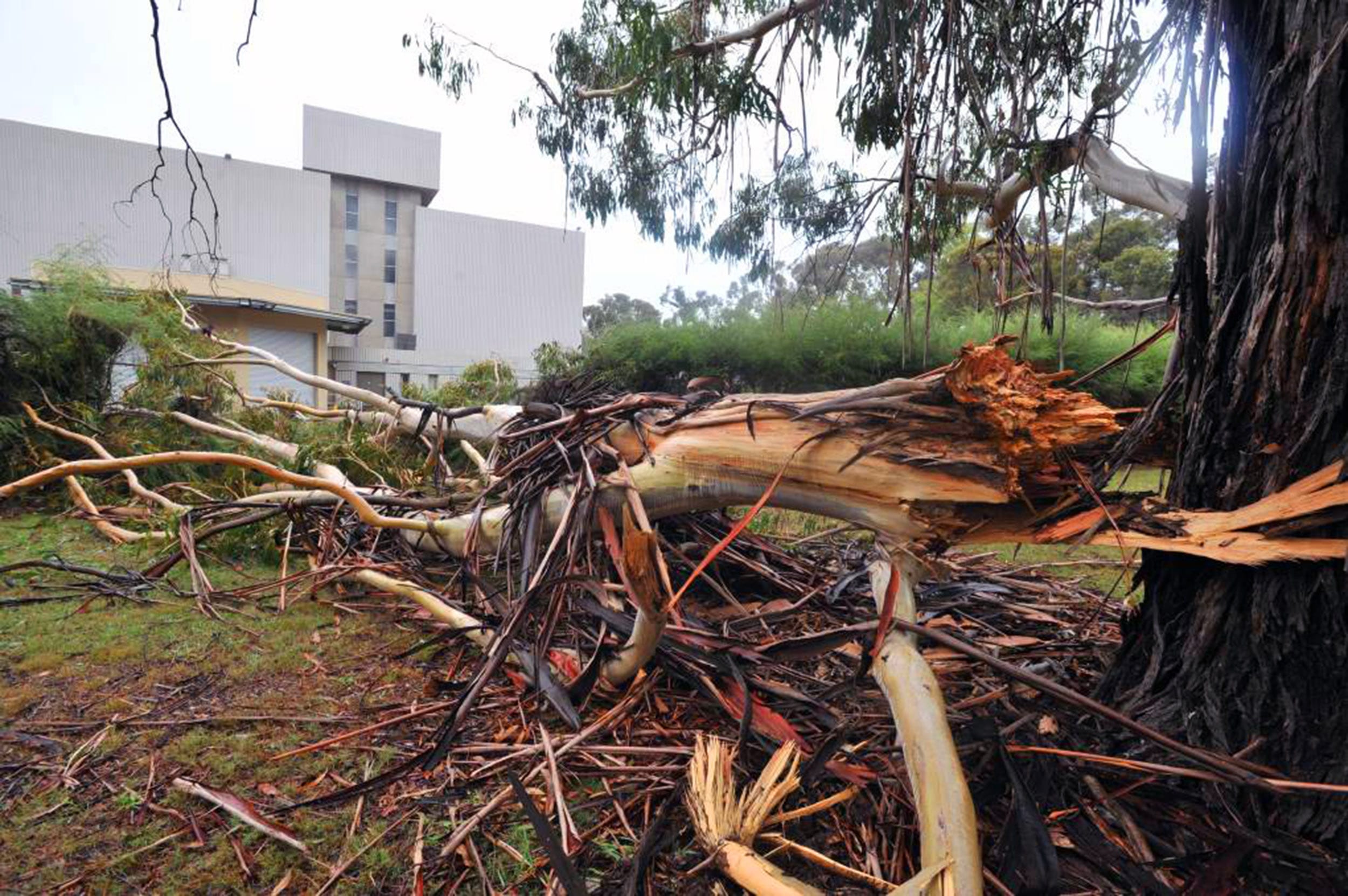 Since the tragic death of an eight year-old in the Pitt Town Public School playground in 2014, gum trees have been under close scrutiny all over the state.

What followed was a swift, but potentially over the top, reaction from the NSW Education Department. All public schools were directed to hire qualified arborists to inspect trees overhanging buildings and playgrounds, or any other areas used by students and staff. The effect of this was not only to overwork the poor arborists, but also to condemn a large number of perfectly healthy trees that pose very little danger to human health and safety.

So the question that needs to be asked is – do the dangers outweigh the benefits? How can we be sure that the risk to personal injury or property damage outweighs the ongoing benefits and amenity plus the huge cost involved?

Among others, this situation poses a predicament for landscape architects and designers. Commonly, species selection for a planting scheme utilises an assessment of the soil landscape to ascertain the appropriate species for the appropriate location. There are obviously other cultural factors that influence the final selection, but utilising species that suit the climate, soil and growing conditions can contribute to ongoing sustainability and ecosystem success.

What once may have been the ideal tree, fit for purpose, will now be refused by the client, Council or Government Body that has subscribed to the perceived attitude that all gum trees are dangerous and kill people.

Obviously not all gums are off the table. But there are a number of questions that should be addressed to establish a basis for tree selection in order to avoid potential accidents or injuries in the future. These questions revolve around species selection, growing conditions, causes of and susceptibility to damage and also management of risk.

Speaking with Paul Vezgoff of Moore Trees and Adrian Swain at Arboreport gave us some additional perspectives on the topic.

Adrian is of the opinion that the whole school thing is a knee jerk reaction.  The reality is that every tree has the potential to fail – no tree is 100% safe. He despairs “that we have now lost thousands of trees based on a flawed brief. What could have seen a fantastic five year tree management outcome has become a liability shift from the Department of Education to tree consultants…”

Cassian Humpheys, a senior arborist from Naturaculture has commented in online forum posts “the fact is that most gums (of the mid East Coast) are in fact exceptionally mechanically robust. On the whole Corymbia and Lophostemon are the most durable, though the vast majority of Eucalyptus species are too.” Red river gum E. camaldulensis (NSW-Vic) is a gum commonly attributed for major limb failure (giving most other species of gum a similar ‘regard’). 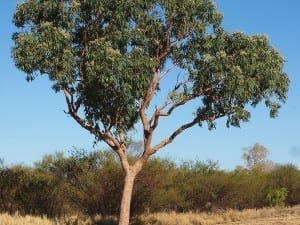 East Coast gums, such as Corymbia, are exceptionally robust 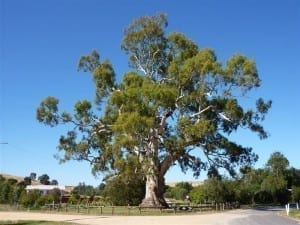 Paul is a believer of the ‘right tree for the right location’ mantra. He states “Eucalyptus trees are perfectly feasible in school grounds, given enough space to grow. Exotic species are suitable in some situations but generally prefer good fertile soil, regular moisture and little soil compaction, not always available in Australian conditions”.

Summer Branch Drop: Why Does it Occur?

Trees are organic and sometimes give us little reason, therein the danger lies. However, there is some element of common sense to the equation.

As trees age, they acquire defects. Eucalyptus trees that are not maintained or receive sub-standard maintenance practices can acquire wounds through pruning, lawn mowing, string trimmers, over irrigation in turf areas, and soil compaction. Poor pruning cuts such as topping or heading Eucalyptus destroy the tree form and become entry points for wood rotting pathogens. The decay that caused the branch failure most likely occurred from one of several previous pruning cuts resulting in decay.

William Jones of Tree & Garden Services has identified potential factors that can lead to Summer Branch Drop, which are applicable in terms of causes. He mentions the following:

Some research suggests that Summer Branch Drop (SBD) is related to inter-cellular water content (Harris, Shigo, Strouts & Winter, Lonsdale). That is, trees under stress from too little water may react by drying out.

The recommended hazard minimisation options for mature species which are susceptible to the phenomenon of Summer Branch Drop include:

The landscape architect can also make a positive contribution in this process. Proper location and placement can significantly decrease the risk, not only of injury, but also of plant failure in general.

Public exclusion zones can be an effective means of reducing risk through control of movement. By designing / placing garden beds, understory plantings or simply areas where grass is left longer, we can minimise the likelihood of personal injury in areas of potential conflict.

Essentially, the message that is coming through clearly is that hands down, proactive beats reactive, and that education is a very important requirement to mitigate and prevent accidents.

In terms of arborist’s services, their engagement in the assessment of trees for safety is crucial. In high risk environments such as schools and public spaces, these assessments should not be limited to Visual Tree Assessments. Detailed examination of the stem and limbs should occur at regular intervals. Regular inspections and maintenance are part of responsible tree management. The consulting arborist’s role is not only to assess but also involves informing, educating and making recommendations to the client to ensure a safe and visually appealing environment is provided for all. Proactive beats reactive, hands down.

Lakes Grammar have retained a proposed roadside planting of Corymbia maculata (Spotted Gum), which are part of the local vegetation community. Part of this process considered substituting this tree for something exotic, but after assessing the proposed locations it was agreed that the danger of falling limbs causing harm was very low and could be managed. This took some persuasion as the initial approach was to categorically exclude this species from our planting palette, even though it had been preferred by Council during the Development Application process, which occurred prior to the Pitt Town tragedy.

At Monte Sant Angelo, North Sydney Council gave approval for the school to remove any tree  under 10m in height. The school took this opportunity to remove some of the canopy between buildings but there are new Brush Box’s (Lophostemon Confertus) proposed to supplement the existing palette of shade planting. These are supplemented by Tristaniopsis laurina ‘Luscious’.

Saint Ignatius College at Riverview also required application of common sense in tree management. Further to the retention of several mature Eucalypts, we have selected a number of indigenous tree species to provide the future shade canopy and preserve the Lane Cove River edge landscape character of the site. Sometimes if an element is not contributing…it’s detracting so we’re glad common sense prevailed…

Artists impression of the future shade canopy at Riverview